Jiří Dvorjančanský, Member of the Board and Chief Executive Officer 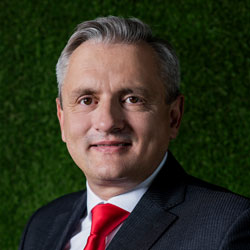 Jiří started his successful career in telecommunication sector in 1999 as Sales Director at T-Mobile Czech Republic.

Before joining the Company Telefónica Czech Republic, he was the Senior Vice President of International Sales, Marketing and Consumer Service Division at Deutsche Telekom. He joined A1 Team in August 2014 as President of A1 Hrvatska Management Board. Jiří Dvorjančanský graduated from the Czech Technical University in Prague and the Grenoble Institute of Technology. Then he earned his MBA through the University Thunderbird EMBA program in Prague. 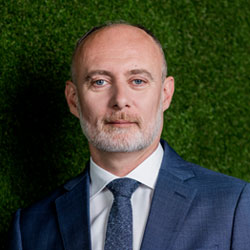 In his 20 years of international experience in the consulting and ICT industry, Daniel has structured and led complex transformation projects in the telecommunications industry and the public sector in Croatia and the CEE region. He led the business of IBM Consulting in Croatia and was responsible for the development of regional business in the telecommunications industry as a member of the IBM Consulting CEE Leadership team.

He started his career in 1999 at the Faculty of Electrical Engineering and Computing in Zagreb, then continued at Ericsson Nikola Tesla, after which he began his consulting career in the USA and Great Britain. 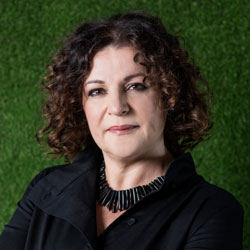 After graduating from the Faculty of Economics and Trade, Ivana started her career in the FMCG industry, after which she went on to build a successful career in the telecommunications sector.

At managerial positions at Hrvatski Telekom, Ivana's responsibilities included the development and implementation of the commercial strategy in accordance with market trends, while at the same time leading important market teams. 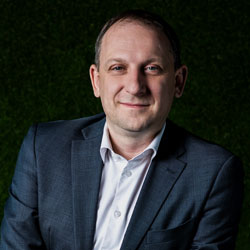 Ivan has over 20 years of international experience in the telecommunications and IT industry in Central and Eastern Europe.

Before joining A1, he held various executive positions at Deutsche Telekom Group, the last one of which was Marketing Director for Slovak Telekom's B2B and Cloud/ICT segment.

At this position, he was responsible for the development of the B2B segment on the Slovakian market and the telecom's transformation into a Cloud/ICT service provider.

Ivan graduated from the University of Zagreb in 2001 with a degree in electrical engineering, obtained an MBA in 2006 at the IEDC-Bled School of Management, and completed business education programmes at European business schools such as the ESMT Berlin, RSM Erasmus and others. 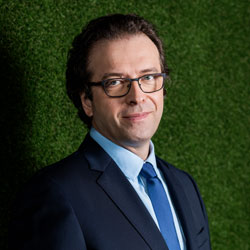 Branimir Marić has more than 20 years of work experience in the telecommunications and IT sector.

After graduating from the Faculty of Electrical Engineering and Computing in Zagreb, Branimir started professionally in 1998 at Hrvatski Telekom, where he worked in various professional and managerial positions with a focus on managing and developing the network and new products and improving the customer experience. He continued his career in 2012 as General Manager of Technology and IT at Slovak Telekom, and then at T-Mobile of the Czech Republic, after the merger of these two companies. In these job he led the technological transformation of network and IT infrastructure, construction and development of gigabit optical and mobile networks through various models and a number of complex IT projects of business and digital integration and transformation.

For the last ten years Branimir has also led a number of transformation programs within Deutsche Telekom in the areas of improving technical services, virtualizing network functions and optimizing investment management in radio networks. 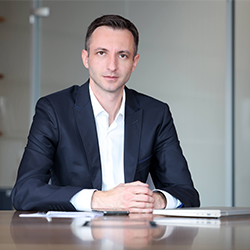 Goran Angjeleski started his career at Makedonski Telekom in 2006. A year later, he became part of the A1 team in Macedonia, ie the then Vip operator. He quickly builds his career in the company throughout several managerial positions in the financial sector, but also as a key member of the team for acquisition and integration of the third mobile operator and several cable operators in the Macedonian market, as well as implementation of post-acquisition processes. Since 2009, Goran has been Head of the Controlling, and since 2021 he has been the Director of Controlling and Finance in A1 Makedonija. Since the beginning of the cluster cooperation of the companies in Croatia and Macedonia, he was responsible for the establishment and financial monitoring of the synergy processes.

Goran gained his formal education at the Faculty of Electrical Engineering and the Faculty of Economics at the University "St. Cyril and Methodius” in Skopje. Additionally, he upgrades his professional knowledge in several educational institutions in Europe.

As of July 1, 2022, he is the Chief Financial Officer in the cluster "Macedonia and Croatia", within the Telekom Austria Group. 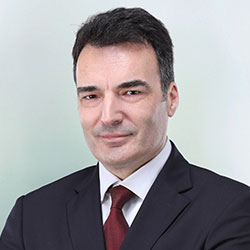 Metodija Mirchev originally started his professional career in the FMCG industry in Poland, working on several managing positions in several international companies. Before entering the telecommunication industry, he held an executive position at L’Oréal Poland.

In 2005, he was appointed as a Sales Manager at Cosmofon, a leading telecommunication company, and in 2007, he was promoted to a Chief Commercial Manager of the company. In 2011, he was appointed Chief Sales & Marketing Officer at ONE, part of the Telecom Slovenije Group, and in 2013, Metodija has earned his promotion to the position of executive member of the ONE Board of Directors, at the position of Chief Operating Officer.